Invigorating? Those of you who read the post about my first day of intermittent fasting, will know that it was a bit of a roller coaster ride.

My mood and sense of humour was up and down! If you haven’t read it yet, you need to click here.

After my previous experience, I was not exactly thrilled about the fact that the second day of eating f**k all (excuse my French) had arrived. On the Thursday evening, all I did was mentally psych myself up for what lay ahead. I would try to convince myself that I won’t get hungry or crave food and that I am much stronger and better than that. To be honest, the main thing I was worried about was not being able to wake up with my delicious morning smoothie! I swear that I get super moody and despondent about life without it! It’s like I automatically wake up on the wrong side of the bed. (SIGH!) Sounds weird, but when you are used to having something and it’s abruptly removed – you naturally freak out a little.

If there is one thing that fasting can teach you really quickly, it’s how to break a habit!

Yeah, it sounds pretty awful so far! But the outcome is totally worth it, so it’s best not to procrastinate.

I did 23 hours of fasting in total (including sleep time) and ate absolutely nothing in that period, until 8 pm that evening. I kept full by drinking green tea, herbal blended teas and a lot of coffee or else my energy levels would have been non existent and I probably would’ve passed out! Much to my surprise, drinking tons of water and tea does actually keep you relatively satisfied. We’re just used to eating all the time – which makes the thought harder than it really is,

That, and I am extremely determined as a person and won’t back down to a challenge. So, come hell or high water – I will complete these 30 days! (HAHA) (And just to let you know, I did complete them.) 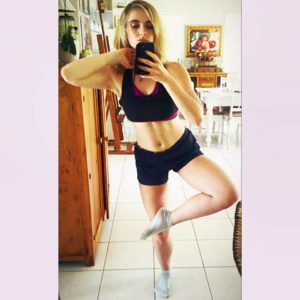 I woke up at around 06:30 to drink some coffee and get changed. My body felt okay, but my mind was consumed with thoughts and concerns. This time I knew it was a little different, since it was a normal working day and I wouldn’t be surrounded by friends. I actually had to work and then muster up the energy to coach a Boxercise class later that evening! This was probably the hardest time of the day.

I was experiencing waves of hunger and all I wanted was a smoothie and a big handful of almonds! This negative start had to end. I decided to stop dwelling and get a dam move on! Well, I have never completed so much in a few hours before! After that I did a bit of Yoga, made a few sales calls, replied to emails, worked on some new leads,  did some social media and even went to the shops. Anything to keep busy and to keep my mind preoccupied. Magically, the hunger disappeared!

The outcome: Fasting maximises your level of productivity!

At this stage I was quite impressed with what I had achieved in so little time, without eating anything. I had even completed a YOGA flow and knew lunch time was approaching. However, I didn’t really feel too phased by it. Surprisingly, I felt energised and motivated to keep at it. Somehow, I felt this rush of energy and certainty that I would be able to conquer this and be able to exercise at the same time! It’s ironic, because I have always been against exercising on an empty stomach. This was different though, the fast had made me feel a lot lighter and more willing to work hard and to push myself further. I personally think that the reward of food at the end was enough motivation to have this effect. Maybe, it isn’t such a bad thing after all?

However, it is much better not having friends around! Nobody was there to distract me with snacks, or alcohol, or sweets, or any type of temptation, I had a clear mind and a focused intention. I’d definitely recommend the fast on an average working day. Unlike the first day, I didn’t feel weak nor moody. I think this is one of the benefits of fasting. It works in a series of phases and tests your mental strength  – but also teaches you to clear your mind of clutter, worries and stresses. Moreover, it focuses your energy on positive production instead of negative nothing. This is a really strange concept at first, but remember, we are trying to “retrain” our brains. 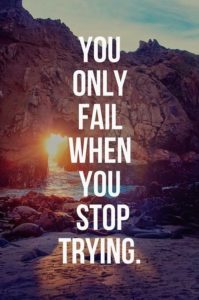 By this time I was feeling a little hungry again. I ignored the tummy groans and remained focused, because I knew it was almost time to coach my class, BTW, it really helps to focus your attention on important daily tasks rather than the time of day or the food you want to eat. I arrived at the gym and started coaching. There is a crap load of jumping in this routine. It did pass my mind that my body could cave and faint at any given moment, since I hadn’t eaten anything.

Guess what!? The opposite thing happened. I forgot all about my fast and that I hadn’t eaten and just kept going, with huge boosts of energy. Personally, I feel that I coached better that night than I’d ever done before. This is still bizarre to me, but if it’s the case I’ll definitely consider it when I decide whether or not to make this a lifestyle choice!

Impressive! It was 19:00 and almost time to eat. I felt rejuvenated and full of energy after the class. I even sang along to the music in my car ride home. Yes, a little corny, but I was seriously feeling happy! 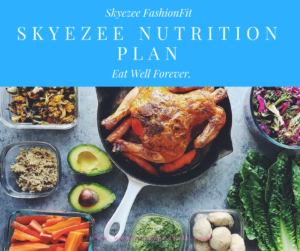 When I arrived at home, it was FEAST time! Oops, but I wasn’t hungry. WHAT?

Yeah, apparently this is a real thing and can happen. When you haven’t eaten for a long period of time your body gets energy from the fat stores in your body. This is why you could potentially lose weight and gain muscle. However, it can also effect the hunger hormones in your body which make you feel full. This isn’t necessarily a bad thing, but after a long fast it is important to eat a healthy meal so that you can replace the nutrients your body needs.

Although I wasn’t hungry, I made sure that I ate something nutritious. I ate a big bowl of chicken stir fry filled with vegetables, proteins, vitamins and minerals. I also had a handful of almonds, because they’re good for you, full of healthy fats and I just love them and missed out on them the entire day!

Oh gosh, I wonder what next week’s fast will be like?

Click here to see what happened on my first day of fasting.

Skye is a Qualified Fashion Media, Business Management & Marketing Professional. She's a highly skilled Editorial Copywriter, Blogger, and Trends Research Analyst. Skye loves Martial Arts, Dancing, Calisthenics, Strength Training, Yoga, and Skipping. She is a Budokon Yoga Teacher in Training and Budokon Mixed Movement Martial Arts Athlete. Moreover, she's a qualified Classical Mat Pilates Instructor and an EMS (Electrical Muscle Stimulation) Personal Trainer. She is the co-owner of BODYTEC Rivonia Village (a fitness franchise). Skye is a natural-born Entrepreneur who has always had a determined mindset and a strong heart. At the age of 21, she created her brand and company called, Skyezee FashionFit pty LTD where she is 100% invested in researching, developing, and growing the Mind, Body, and Soul. Everything that is Longevity, Movement, Fashion, and Beauty is explored through her Blog with the aim of creating a community of Wellness Warrior Women. Here she reviews go-to products, shares scientific information, courses, and tools as her mission is to help inspire you to be your Warrior Hero in your life by owning your health. Skye believes that everything our health encompasses is found in the way we move, what we eat, what we wear, and how we choose to live. Why? Because we're all in this battle to finding some kind of balance.

Alternative Meat Options, Are They Healthy Or Not?

Boost Metabolism And Lose Weight Faster Than Ever...

The Mediterranean Diet Is The Best Eating Plan...

Get 15% Off Organic Makeup

Use Coupon Code: Inthuse-Skye15 for a 15% Discount @ checkout

Use Coupon Code: FashionFitEco for a 15% Discount @ checkout